Out of the Mouths’ of Babes…I Mean Sportswriters…

Posted on December 3, 2013 by awentherapy 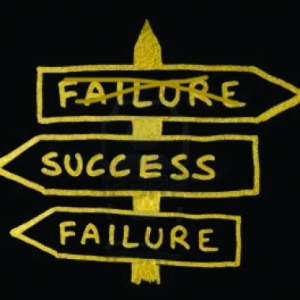 I am a fan of the Green Bay Packers. I was born and raised in Wisconsin so it mostly goes with the territory. I particularly enjoy reading a blog on the team’s website called Ask Vic written by Vic Ketchman. Vic has an incredibly dry sense of humor interspersed with a heavy does of sarcasm and snarkiness. If you know me then you know that is right up my alley.

As much as I enjoy following the team, the team’s website isn’t where I usually go for insight into therapy…or life. I don’t even use tons of sports analogies in session. Oh, I do once in awhile if it resonates well with a particular client, but it isn’t my default. But interestingly, reading the thoughts and reactions of the fans that write in to Vic’s column is an interesting window into human behavior.

That point was really driven home when I read Vic’s recent column. He gave some great advice to fans. What struck me is how it is the same message that I am constantly giving clients about life in general.

It seems that many fans have been writing in and saying that since the season is going so badly that the team should stop playing its best players. Part of the reason suggested is that it would protect them from injury for next year. But it also seems clear that it will also be less painful and embarrassing for those fans. After all, if you don’t play your best players then it is easy to understand why the team doesn’t win. Fans can just shrug their shoulders and say, “what do you expect?” But if you keep playing the best players you have and lose…well then you have to admit that your team just isn’t as good as the other team. That can be painful.

What I loved was Vic’s responses to these fans. To one he said, “Quit is dominating my inbox because those who advocate it are afraid of hope. They’re too afraid of failure to continue trying.” And to another he said, “When the fear of defeat becomes so overwhelming that it makes us want to quit, we have lost perspective and it’s hurting us.”

Vic was talking about football but he might have well have been talking about life in general. Too often we allow ourselves to become so afraid of defeat that we simply chose to not try. We create defeat without the opportunity to succeed. Does it really feel better to guarantee defeat than to try to succeed and accept the risk of defeat? In the moment it may but in the long run it doesn’t. Because eventually not ever getting what we want because we don’t try becomes the most painful of all.

So continue to hope. Don’t fear failure. Accept it as an inevitable risk of success. Because just like success waxes and wanes, so does failure. We can’t guarantee success…but that’s no reason to guarantee defeat.

I am Jay Blevins, LMFT (www.awentherapy.com). I am a licensed systems therapist with a private practice in Madison, WI. While I work with individuals and partners around a wide variety of issues, my primary focus in on alternative relationship structures, alternative sex and sexuality, and power dynamics. I am a contributor to various relationship and sexuality blogs and publications and have been a frequent presenter at alternative lifestyle events and psychotherapy conferences.
View all posts by awentherapy →
This entry was posted in Ask Vic, Awen Therapy, Fear, Green Bay Packers, Jay Blevins, MFT, Psychotherapy, Reward, Risk, Success, Therapy, Vic Ketchman and tagged Ask Vic, Awen Therapy, Defeat, Fear, Green Bay Packers, Risk, Success, Vic Ketchman. Bookmark the permalink.