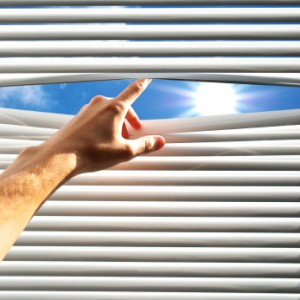 Last week I wrote about some reasons that prevent people from starting the process of change. This week I wanted to talk about another reason. A reason that I feel is worth talking about by itself. What I’m talking about is when you don’t make changes to improve your life because you don’t believe you deserve it.

It is unfortunate that this kind of self-loathing exists in the world. But it does…all too frequently. Good people that believe that the things they have done, the mistakes they have made are unforgivable. I’m not talking about mass murders or kidnappers here. I’m talking about people that have more or less made the same kinds of mistakes that you, me and  millions of others have made in life. Things that the self-loather would never hold against another person.

But they can’t forgive themselves. They have no ability to show themselves self-compassion. And so they are unwilling to change because they don’t deserve to be less unhappy. Not even happy…just less unhappy.

Shame comes from a lot of places. It may be messages that were sent, even unwittingly, by parents, family, friends, teachers…anyone really. The message wasn’t that you did something bad, but that you were a bad person for doing what you did. When you hear that message over and over, you start to believe it. And once you believe, well, that is a very hard place to get out of. If you believe you are a bad person, what can you ever do to change that?

It takes forgiveness. It take self-compassion. It takes a willingness to believe that those messages that were drilled into you might be wrong. It also means letting in the voices of those that disagree with you. That see you as a good person that had done bad things. That care about you because of the good things about you.

If you can crack open just the smallest crack and expose the dark feelings to the light, that light can grow. And as it grows you will illuminate the dark corners that hid the truth about you. The ones that didn’t let you see that you are a good person. That you deserve to be happy. It may not be easy. It may not come quickly. But you can get there. It all starts with the choice to change.

I am Jay Blevins, LMFT (www.awentherapy.com). I am a licensed systems therapist with a private practice in Madison, WI. While I work with individuals and partners around a wide variety of issues, my primary focus in on alternative relationship structures, alternative sex and sexuality, and power dynamics. I am a contributor to various relationship and sexuality blogs and publications and have been a frequent presenter at alternative lifestyle events and psychotherapy conferences.
View all posts by awentherapy →
This entry was posted in Awen Therapy, Change, Emotions, Fear, Forgiveness, Guilt, Jay Blevins, MFT, Psychotherapy, Resistance, Self-Esteem, Self-Loathing, Shame, Therapy and tagged Advice, Awen Therapy, Change, Darkness, Fear, Guilt, Jay Blevins, Light, Self-compassion, Self-loathing, Shame, Therapy. Bookmark the permalink.